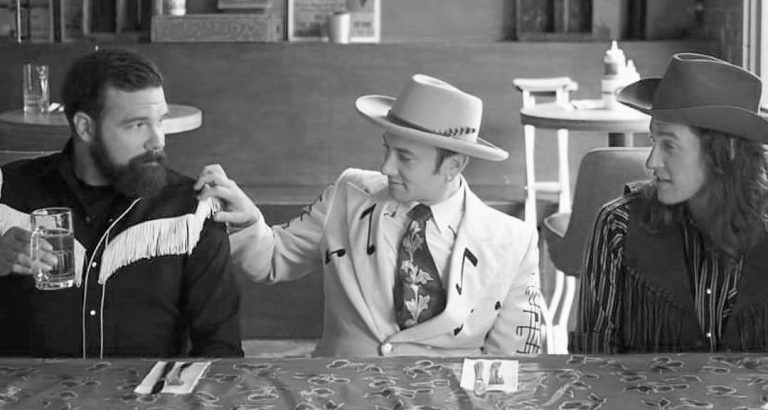 Between steady touring over the past 5 years we have had the pleasure of playing many great festivals in Alberta, NWT and Manitoba and our show has always gone over extremely well with even the most discerning audiences. In our performance we try to combine the outstanding musicianship of the golden era of Country Music, the banter & humour of Hee Haw and the long standing western tradition of storytelling. Country connoisseurs and those who ordinarily detest country music seem to cast aside their differences and embrace our genuine, charismatic approach and our happy go lucky delivery.

Our new album received a 5 star review in Country Music People Magazine (UK) and #1 on their Kickin’ Country charts and editors choice ‘Honky Tonkers of The Year’ as well as much acclaim from Canadian press and college/community radio.

“Praise be to hillbilly heaven, the spirit of Hank Williams is alive and well. Alberta’s Ol’ Boots & the Hoots have resurrected the broken vocal formula that was perfected by Southern storytellers years ago and has since inspired so many amnesiac stadium-country singers. The 11-track Pinecone Cowboy features a poised collection of wittily crafted, downtempo western melodies, a cactus in the ass of modern, power-ballad country crooners that forgot the music of their grandfathers. ”